A Guide to Eco-Living in the City

It seems as though the two couldn’t possibly mix. A city and honest to goodness eco-living? Well, it turns out that you can make the impossible a possibility. 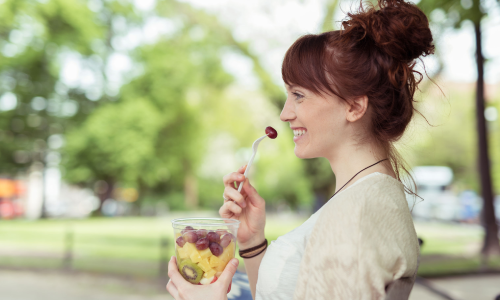 I spent a lot of time living in the city during and after my college years. With millions of residents, thousands of cars, and a constant array of lights, it can seem impossible to live an eco-friendly lifestyle when living in a metropolis. In reality, America’s major cities are leading the battle against climate change through eco-living practices.

While city-wide efforts have helped to implement better mass transit and solar energy and support local farming in nearby communities, that doesn’t mean city dwellers get a free pass on implementing eco-living practices. Here are some of the ways I was able to reduce my carbon footprint during those years.

Sometimes it can be better to live with only what you need, and sometimes a small studio apartment forces you to do so. Instead of cramming things into the tiny home I lived in, I chose to let the city take care of my needs.

Within just a few blocks I could pick up fresh produce, take a walk in the park, or find live entertainment. I used public WiFi instead of wasting on resources on a personal internet connection, and even ditched my television in lieu of the various attractions around the area. I also saved on energy by unplugging anything that wasn’t in use, reducing the already minimal amount of electricity my apartment used.

Who Need a Car?

I will never understand why so many who live in cities choose to own a car. Maybe other cities do not have the same reliable public transportation mine did, but I was able to take the bus to and from work everyday. Aside from saving on vehicle costs, I did my part to reduce nearly 20 pounds of CO2 emissions by walking anywhere I needed to go besides work.

As an added bonus, the city I lived in had a bikeshare program that helped me travel to different areas when I needed to.

Every city has the grocery conglomerates, but they also have a wide variety of privately-owned local business to buy produce from as well. Choosing to buy local helps reduce the reliance on overseas shipping and using trucks to haul frozen food across the country. Plus, it is ten times healthier!

These are just some of the ways I was able to practice eco-living while residing within a city. For all of you other city dwellers out there, what ways do you help out the environment? Does your city make strides to fight climate change, too?

1 thought on “A Guide to Eco-Living in the City”