Exploring the Viability of CBD for Muscle Recovery 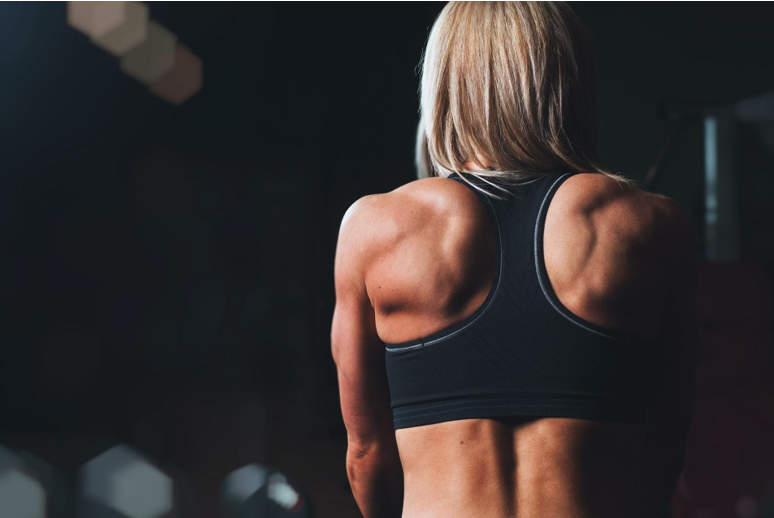 With everyone from former pro athletes to record-breaking Olympian Michael Phelps openly crediting cannabidiol (CBD) for keeping them in peak condition, many casual sportsmen and women are wondering whether CBD is all hype or the real deal. As a non-psychoactive cannabis compound, CBD is often associated with the cannabis plant itself — and by extension its implied side effects on motor skills, coordination and focus. So why all the buzz from top-level athletes?

In order to extricate CBD from negative generalizations associated with cannabis and its primary cannabinoid tetrahydrocannabinol (THC), it’s important to note that CBD isn’t just sourced from the cannabis plant. In fact, because cannabis is still technically illegal at the federal level, most CBD products are isolates processed from other sources, such as hemp or orange peels.

It’s also worth noting that THC and CBD interact with entirely different sets of receptors in the brain, due to key differences in their molecular arrangement. Understanding these differences is key to their distinction in psychoactivity.

How does CBD help athletes?

In a nutshell, CBD exerts modulatory effects upon an endogenous network of neurotransmitter receptors throughout the body, known as the endocannabinoid system (ECS).

By regulating the uptake of specific neurotransmitters and hormones into the brain — such as cortisol, gamma aminobutyric acid and prostaglandins — CBD can have significant effects on common physiological disorders in athletes, such as chronic pain, inflammation and spasms.

Whether it’s in the form of a tincture or a freeze roller, CBD has become a defining factor in contemporary sports medicine. In this post, we examine three crucial roles CBD can play in muscle recovery to aid athletes oriented toward a wide variety of different sports. Just remember, if you are considering using any CBD products then it is strongly recommended that you do plenty of research first. For example, although on the whole, CBD is safe for most people to use in moderation, there are some potential side effects to be aware of. You can read more about these potential side effects on the Royal CBD website here: https://royalcbd.com/cbd-oil-side-effects/

CBD as an Analgesic for Muscle Soreness, Tears & Other Injuries

Weightlifters, bodybuilders and wrestlers are good examples of athletes who commonly come down with muscle soreness, a torn anterior cruciate ligament (ACL) or medial collateral ligament (MCL), or even stress fractures on the weight-bearing bones in the lower leg and foot. During the recovery periods between intense training camps, it’s critical to be free from constant pain — just as it is to keep a sound diet at the macronutrient level.

There’s plenty of evidence in scientific literature highlighting CBD’s viability as a supplement for managing pain from sports injuries. Its analgesic and muscle relaxant properties make it a natural addition to massage oils and recovery balms as well.

CBD as a Spasmolytic for Cramps & Post-Workout Spasms

Athletes in fast-paced, high volume sports such as sprinting, hurdling, parkour or competitive box jumping are by far the most prone to what are called post-workout twitches, cramps or spasms. These are characterized by either involuntary convulsions of one or more major muscle groups, or crucial muscle groups (such as the calf or shoulder muscles) being effectively rendered into blocks of cement.

CBD has been shown to provide significant relief from muscle spasms and cramps, as well as psychophysiological disorders like restless leg syndrome (RLS). In fact, CBD has even been used to ameliorate seizure-like symptoms of epileptic conditions, like Dravet syndrome.

CBD as a Natural Alternative to Lab-Synthesized NSAIDs

Throughout the 20th century, athletes competing in contact sports like Judo or Muay Thai as well as those suffering intermittent onsets of acute inflammatory conditions (such as tennis elbow) were commonly prescribed dangerous opioids and steroids to reduce the swelling from sports injuries. Today, they are prescribed what are known as non-steroidal anti-inflammatory drugs, or NSAIDs.

While NSAIDs are known to produce undesirable side effects including severe allergic reactions, diarrhea and stomach ulcers, CBD’s ability to control inflammation comes with the added benefit of it being a naturally occurring plant compound. As such, it produces virtually no side effects within the bounds of recommended dosage ranges.

Because of its range of medicinal and therapeutic potential — as well as its product variety and accessibility nationwide — CBD has accrued the endorsements of countless athletes and performers, becoming a central element of sports medicine as a whole.