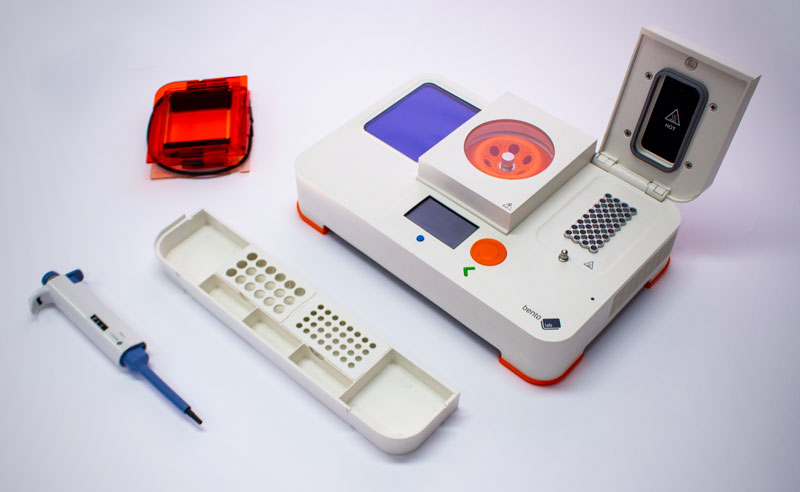 Polymerase chain reaction (PCR) is used in molecular biology to amplify or make multiple copies of small DNS sections. The technique has emerged as an extremely common tool in biological and medical research laboratories and has transformed the way biological and molecular scientific research and diagnostics are conducted. PCR, along with its variations has a very wide range of applications, some of which are:

PCR continues to contribute to the understanding of numerous environmental issues that plague our planet, especially in the matter of the detection of environmental microorganisms. With the help of PCR, it is possible to identify and quantify specific target species of microorganisms, even when the sample size is very small. A common example of the use of PCR is the identification of pathogens in water supplies such as coliform that can be deadly for health and environmental safety.

PCR has now made it possible for testing genomes on a personalized basis, which has resulted in the establishment of an entire industry that offers consumers custom products and services based on specific genome information. For example, nutrigenomics, which deals with the effect of food and food components on the expression of genes and how the nutritional environment is affected by genetic variations? It helps to achieve a better understanding of how human health may be affected by specific dietary regimes or nutrients.

PCR continues to play a vital role in the analysis of organic crime scene evidence like soils, semen, blood, pollen, hair, etc. for the identification of criminals. MyBioSource PCR kits allow forensic biochemical analyses and diagnostics such as DNA fingerprinting, genomic DNA isolation, familial relationship identification from very small samples; even a single DNA molecule can be sufficient for allowing PCR amplification. According to bitesizebio.com, PCR is especially helpful in DNA fingerprinting for the identification of criminals.

PCR is now widely used in the diagnosis and treatment of numerous diseases as well as an integral research aid in the diagnosis and identification of potential cures for many other ailments. With the help of PCR, it is possible to focus on the DNA segment that is of interest rather than the whole genome. Many genetic disorders can now be diagnosed and monitored by very small genetic samples. PCR also plays an important role in the determination of the sex of embryos as well as genetic and chromosomal defects in the fetus. PCR is commonly used in agricultural research laboratories for genetic modification of existing organisms for improving the quality and yield of food crops. Even though selective breeding has been in existence for a long time, genetic modification techniques can make the impact more specific and result in the faster development of better seed varieties.

Even though PCR is not very well understood by the general public, researchers have realized its potential for altering genetic compositions for a whole host of improved outcomes ranging from disease control to forensic science and agriculture. The principal advantage of PCR is that genetic modification can be initiated from very small DNA samples that would have ordinarily served no purpose in scientific research.

Ariya Stark is a health expert who has been running many health seminars and public discussions. She also manages her blog and reviews the health-related details provided by authentic sources.