The Best Ecotourism Destinations in the U.S.

Looking to take an eco-friendly vacation without wasting precious fossil fuels while saving money? There are more places in North America than you might think! 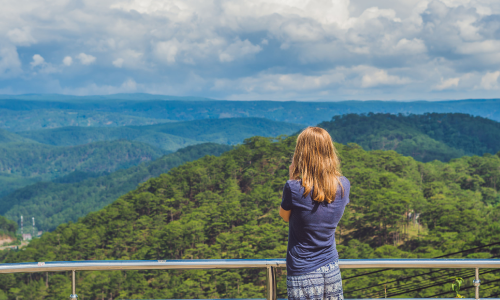 Countries like Africa, Australia, and South America offer a plethora of eco-lodges that offer low-impact tourism centered around the indigenous peoples of the area. In the United States, however, ecotourism seems to be a scarce and rarely heard of phenomenon. It isn’t impossible to find wonderful destinations in our country though.

If you are starting to plan your next eco-trip, consider some of these beautiful locations!

Eco-Tourism in the U.S.

I had to do a little digging to find eco-tourism locations in the country, or even its neighbors, which prompted me to find out why this wonderful way of traveling hasn’t taken off here like it has in other countries. The main reason stems from the fact that environmentally-responsible tourism has its roots in developing nations. A large part of the movement is giving back to local communities that are just beginning to blossom.

The U.S. does not have a national, government-run tourism board like many other nations have. This has led to smaller community-based organizations heading the movement. While North America might not have the same scale of eco-tourism that other countries do, you can still experience rapidly evolving eco-destinations in the country.

Most of them are far from perfect, but I picked out the top two locations based on the principles of eco-tourism. This resort made entirely of adobe-styled structures, constructed from fly ash, can be found in Taos, New Mexico. It runs on what they call the “Living Machine”, which consists of plants and sea life that treat water for reuse. That, and photovoltaic solar cells that power the electrical components of the Living Machine as well as heating and cooling.

The resort collects rainwater, composts, recycles, and even uses water from their Living Machine to irrigate crops. They transport treated water back to the city of Taos, and have even founded a local school.

Located in Homer, Alaska, this wilderness lodge features off-the-grid coastal cabins in Kachemak Bay State Park. Using hydroelectric power from a nearby stream, each cabin effectively runs on alternative energy. They offer meals from their organic vegetable garden, and focus heavily on their “leave no trace” philosophy.

I found their benefits to the local ecosystem interesting. They are actively working to have the area officially declared a mountain goat sanctuary, which means you can definitely observe the adorable creatures in their natural habitat.

Have you ever been to either of these locations? Do you know of any other great eco-tourism locations in the U.S.?